Welcome to the Corbin Theatre Company…

We at Corbin Theatre Company miss all of our patrons more than words can express. We are excited to share that we have moved our theatre to the Old Historical Garrison School Cultural Center and are still located in downtown Liberty.

We are looking forward to entertaining you again!

Click here to learn more about our new venue 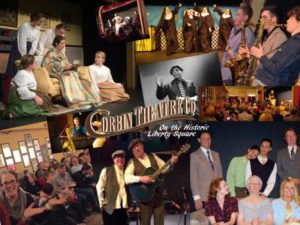 Tickets to all our shows are available online or in person at the Liberty Community Center and City Hall. Rush tickets can be purchased at the door if space is available.

Corbin Theater presents a wide variety of musical and theater performances that you are certain to fall in love with. See all our upcoming events and shows below.

Corbin Theater needs sponsors like you!  Click below to send us a donation or become a Corbin Theatre sponsor. Your donation is a donation towards seeing local theatre and arts prosper. 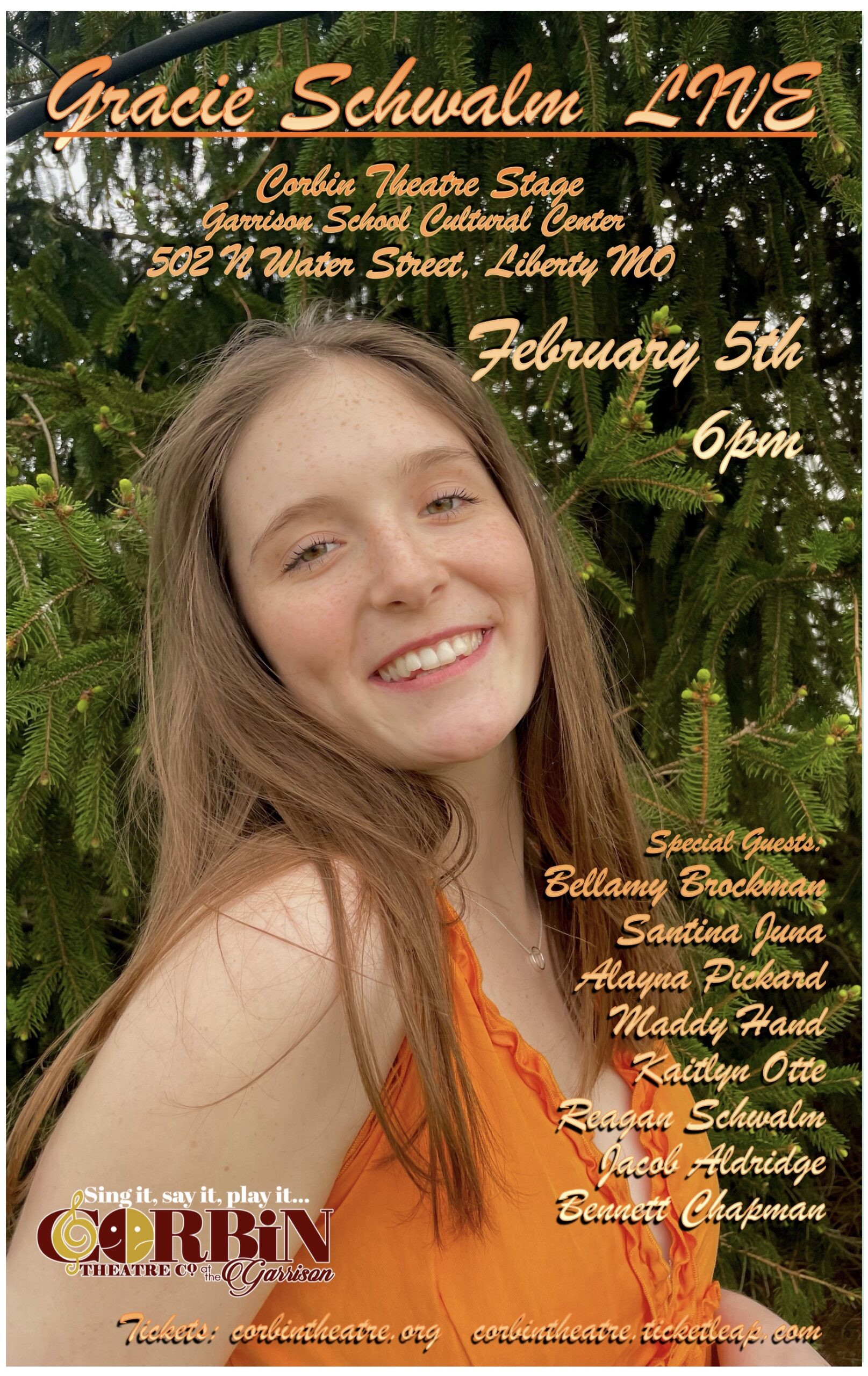 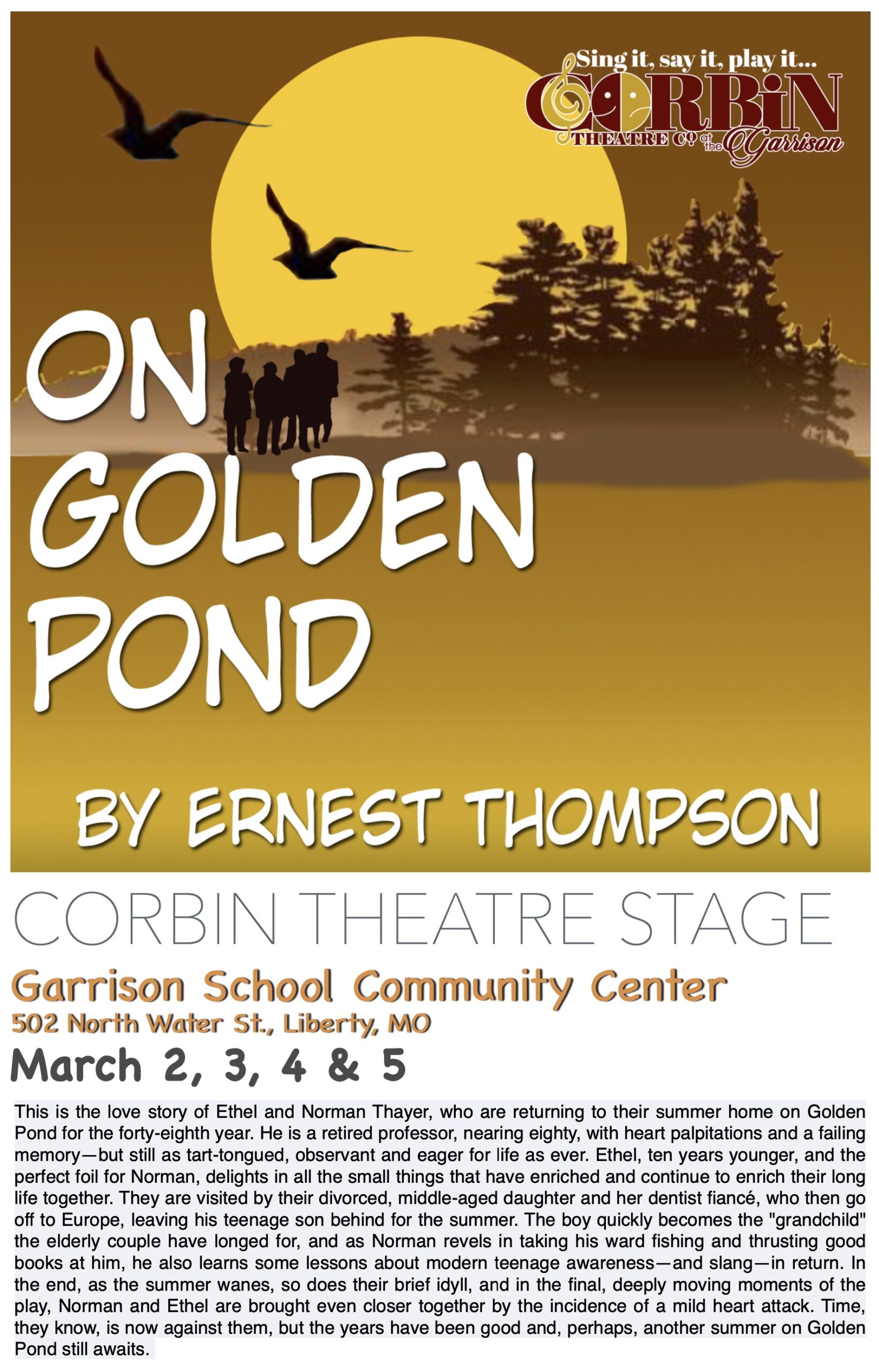 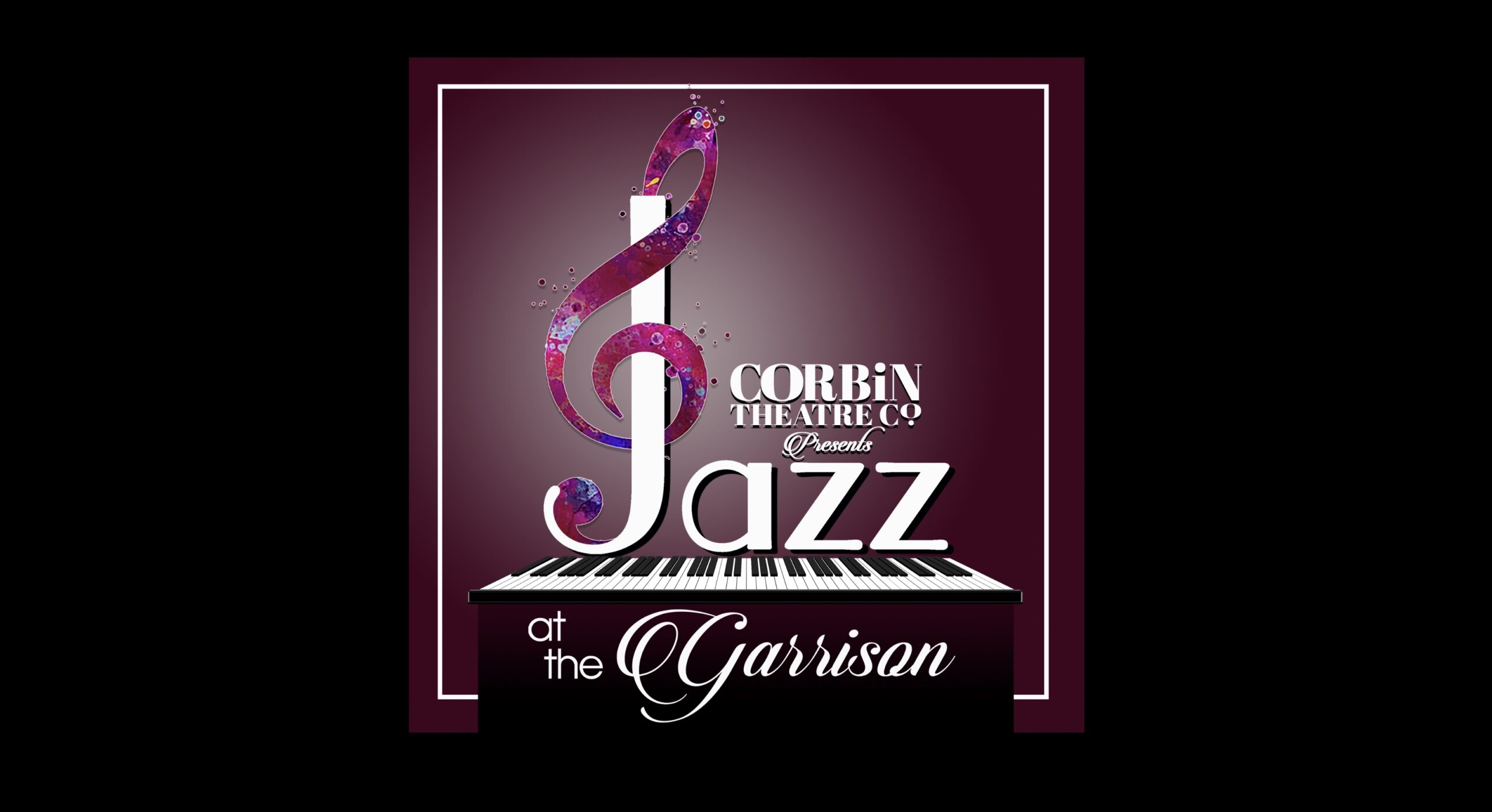 Jazz At The Garrison 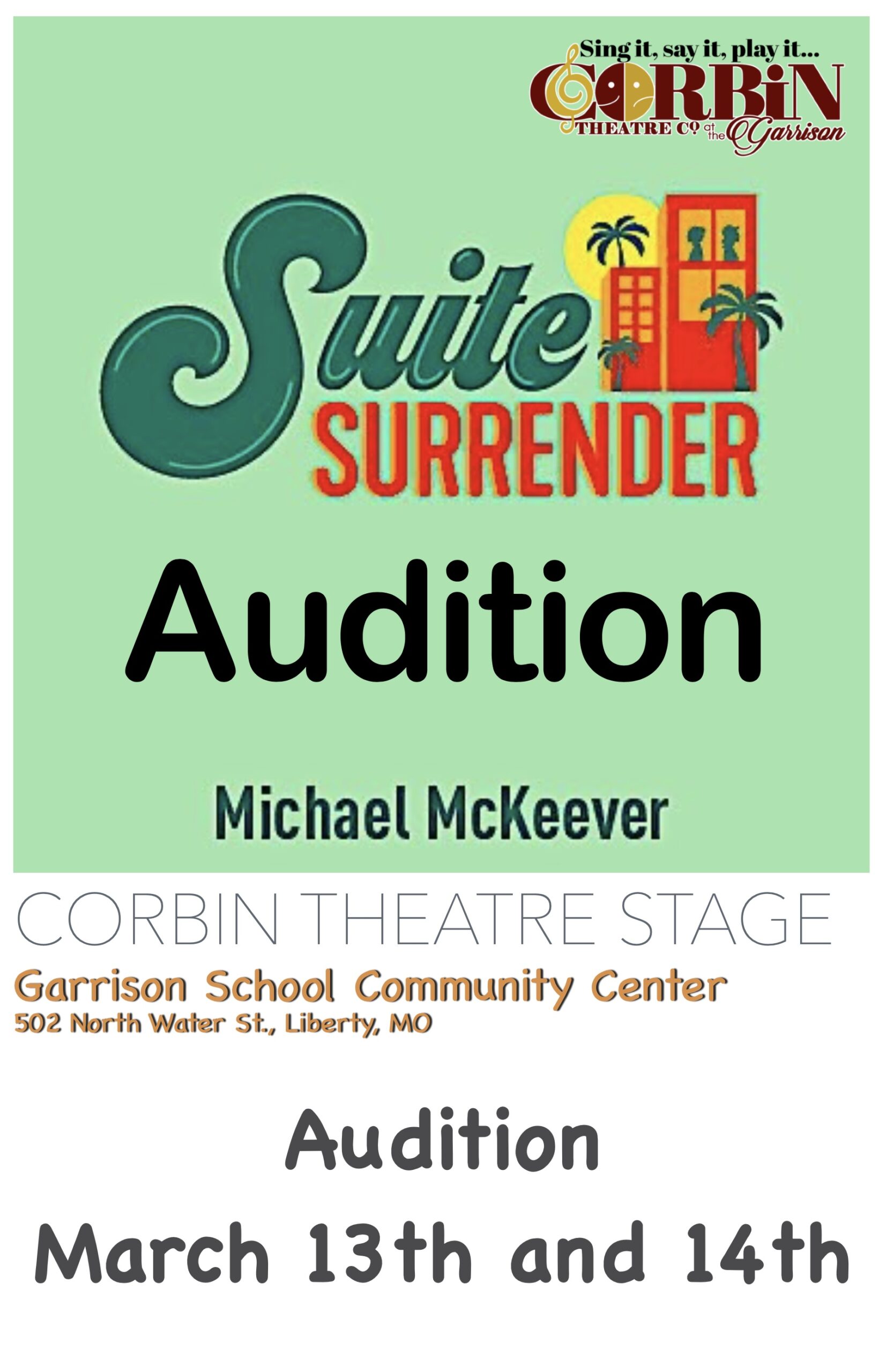 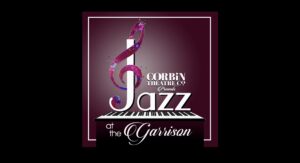 Jazz on the Square

Corbin Theatre has become known as a Northland hidden jewel for Hot Jazz on the first Monday of every month, from 6pm until 8pm (unless that Monday falls on a Federal holiday). The guys have been wowing audiences for over 11 years and play to a full house every time! Songs written by Ellington, Carmichael, Gershwin, and other greats are given unique arrangements by the “Corbin Jazz Band”. 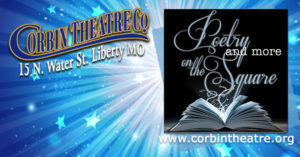 Poetry (and more) on the Square

Corbin Theatre, Liberty Arts Commission and William Jewell College is thrilled to add another fabulous reoccurring event to put on your calendar. Poetry on the Square is not just for poets but for songwriters and any other form of original work. Feel free to come and share your work or listen to other artists.  This is another Free Event.

No poetry planned yet for 2022

Resumes and headshots not necessary but appreciated.

It’s 1942, and two of Hollywood’s biggest divas have descended upon the luxurious Palm Beach Royale Hotel — assistants, luggage, and legendary feud with one another in tow. Everything seems to be in order for their wartime performance…that is, until they are somehow assigned to the same suite. Mistaken identities, overblown egos, double entendres, and a lap dog named Mr. Boodles round out this hilarious riot of a love note to the classic farces of the 30s and 40s.

BERNARD S. DUNLAP – (50s-60s) The general manager of the Palm Beach Royale Hotel & Spa. An austere and dignified gentleman who insists on everything running smoothly – and becomes a screaming hysteric when it doesn’t.

CLAUDIA MCFADDEN (40s-50s)– America’s beloved matron of song. An impressive singing star, every gesture she makes is larger than life. She moves into a room with the force of an elegantly dressed tornado. Singing required.

ATHENA SINCLAIR  (40s-50s)– A great star of stage and screen. Stylish and elegant, she is every inch the diva that Claudia McFadden is. A one-time screen siren, she exudes the confidence of being Hollywood royalty. Singing required.

MURPHY STEVENS (20s-30s)– Athena’s personal secretary. Former fiancée to Francis, she dreamed of being a big star herself, before becoming a secretary for one instead. Kissing scenes with Francis.

MR. PIPPET (20s-30s)– Claudia’s personal secretary. He’s resigned to the fact that his main lot in life is to be yelled at. Often panics at any surprises.

DORA DEL RIO (20s-30s) – A gossip columnist. Rather snoopy with a flair for the dramatic, she will try anything to dig up a juicy story.

MRS. EVERETT P. OSGOOD (50s-60s)– A society matron and president of the Palm Beach Ladies for Unity. An old money eccentric with dotty innocence, she is stylish and accustomed to getting anything she wants.

FRANCIS (20s-30s)– A bellhop. Former fiancé of Murphy, he quit show business to join the army but is now hiding out as a bellhop after the army wouldn’t take him. He and Otis are a comedic pair ala Laurel and Hardy. Kissing scenes with Murphy.

OTIS (20s-30s)– A bellhop. A diligent and happy man who tends to be in the wrong place at the wrong time. He and Francis are a comedic pair ala Laurel and Hardy.

Corbin Kids Company was established in 2011 as an answer to the lack of affordable, quality theatre camps for kids in the Liberty Area. The first year, we had 40 kids. By the third year, we sold out within three weeks of opening registration, and so decided to expand to two camps for the fourth year. This year we sold out within 2 months of open registration. We have two camp, the younger group is for kids ages 6-11, and the older camp for kids ages 12-18. We have a very dedicated staff, all of whom are volunteers, including our camp founder and director Maggie Thomas. We are able to do this camp, in part, to William Jewell College allowing us to use their facility. Camp is two weeks long from 6:00PM-9:00PM from Monday to Friday with an add on Saturday for the second week. Camp culimates in three performances, Friday night and then two on Saturday. We teach theatrical methods for the first 30-45 minutes of each night. Topics vary, but have included: STAGE MOVEMENT, CHARACTER DEVELOPMENT, TECH (sound & lights), SET DESIGN, COSTUMES DESIGN, MAKEUP, DIALECT & DIALOUGUE, STORY TELLING, IMPROV, THEATRE ROLES, and others.

Corbin Theatre is proud to bring local and national talent to our stage monthly.  We strive to bring different instrumentation, idioms, and genres throughout the year.  Please check out our calendar and BUY TICKETS today.  We are a quaint with limited seating so we can sell out quickly.

Corbin Theatre usually produces at least 4 theatrical community shows a year.  We are proud to highlight amateur and professional local actors on our intimate stage.  Please let us know if you would like to act or direct for us, remember this is your local community theatre and we want you on stage too!  Check out our schedule and BUY TICKETS today!