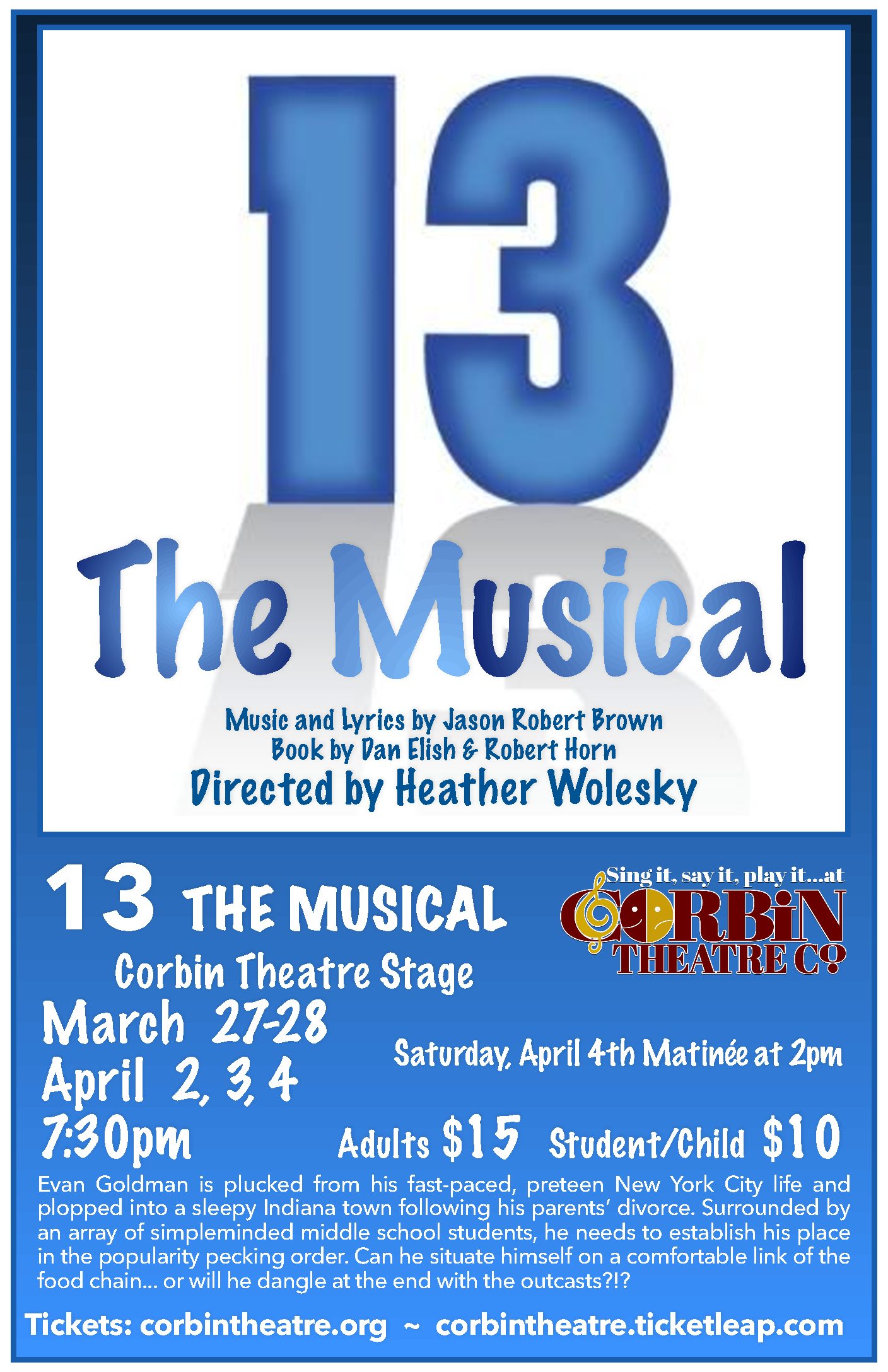 Evan Goldman has it all – he’s popular, has the ‘perfect’ family and lives in the greatest city in the world – New York. That is until his parents get divorced and he’s forced to move – to a small town in Indiana. Uprooted from his old life, he has to make new friends and somehow maneuver the minefield of High School to become part of the ‘in-crowd’. With wit and searing honesty, 13 is a hilarious, high-energy musical for all ages. It’s about the lessons one learns throughout life and the discovery that the journey to who you want to be starts with discovering who you are. Featuring an explosive rock score by celebrated composer Jason Robert Brown (Parade, The Last Five Years) and performed by an astonishing cast of young actors, 13 is a grown-up story about growing up.