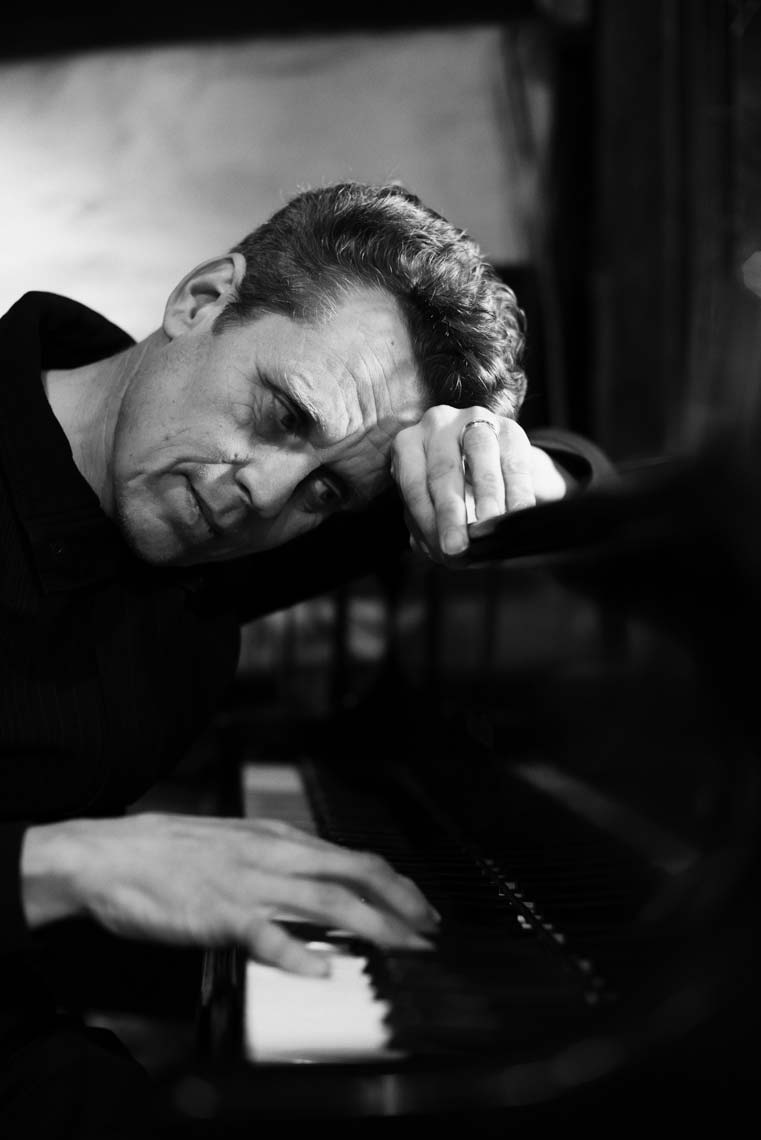 Bram will play piano and he is bringing Pat Adams on drums and David Chael on tenor sax.

In July 1991, the well-seasoned palate of the Kansas City Jazz community was treated to a style of entertainment not seen since the days of Count Basie and Jay McShann shaking the walls at the Hey Hey Club. Bram Wijnands had just swept into town from his native Holland. After a one-week sell-out gig at the City Light Jazz Club with Richard Ross, everyone was buzzing about his remarkably fresh new talent with hard-driving swing and enthusiastic style of delivery.

Born in Eindhoven, the Netherlands, Bram Wijnands began playing piano at an early age. By the time he turned eight, he studied Barrelhouse Blues (Boogie Woogie) and stride-piano recordings of Fats Waller, James P. Johnson, Meade Lux Lewis, Jack Dupree and Memphis Slim. One thing led to another and in 1991, he graduated in Jazz instrumental education and performance at the Hilversum Conservatory in the Netherlands, the largest school of Jazz in Europe. During and after graduation, he performed with Jazz-artists Slide Hampton, Gene Connors, Jos Moons, Richard Ross and Deborah Brown, then immediately embarked with his trio on a tour throughout eastern Europe, Russia, western Europe and the United States. Performances included the Kansas City Blues and Jazz Festival, 18th&Vine Heritage Festival and the Topeka Jazz Party.

The Trio was formed in 1989 to participate in the Heineken Jazz Festival in Rotterdam. Featured players were Jurgen Welge on Drums and Joris Teepe on Bass. Later the players consisted of Jos Machtel or Hein Kalter on Bass and Remco van Schaik on Drums

In this time span a six-piece ensemble was formed that eventually became a seven-piece for which he composes and arranges in an authentic 40’s swing style.

Other performances included New York Jazz-clubs, New Orleans, Lake of the Ozarks (with Lynn Zimmer) and last but not least: Carnegie Hall. After the Carnegie Hall concert he received a proclamation from Mayor Cleaver’s office in 1998 stating him as Kansas City’s Ambassador of Swing and making April 6  “Bram Wijnands Day” in Kansas City.

He taught at the UMKC Conservatory of Music (2000-2015) headed by Bobby Watson teaching Jazz-piano, arranging for small bands, combo and Jazz piano techniques and theory. Currently he teaches Jazz piano and bass at Kansas City Kansas Community College in Jim Mair’s program. This creates a unique opportunity for conservatory students to fill in or sit in at the Majestic and get some live experience.

In September of 2005, Bram, alongside Bobby Watson, was featured at ‘Jazz At Lincoln Center’ as part of a Wynton Marsalis program featuring Jazz styles of different American cities. His performance and arrangements received many compliments.

In October of 2006, he performed with his 7-piece ‘The Majestic Seven’ at the 25th anniversary of the reopening of the Folly Theater. Kansas City Swing found the right setting in the historic venue as warm up for the renowned American comedian Bob  Newhart. He took this band to Florida in 2007 to perform during a ‘Sister Cities’ conference, representing the city of Kansas City. The audience consisted of luminaries that came from many different countries whereby the king of Ghana immediately took their CD’s home with him.

Other projects have been developed in a collaboration with the violinist Gregory Sandomirsky (‘the Four Seasons’ and ‘a Tribute to Gershwin’). Among other places, performances have been well received during the ‘Endless Mountain Music Festival’. In 2011, Bram has been invited to put an educational program together about the history of piano blues (Barrelhouse Blues – Boogie Woogie and related styles).

Most recently, he put a concert together with Alla Wijnands (violin) and
Irina Morozova (piano) which was very well received.

For 25 years, Bram performed in Holland for the ‘Jazz In Duketown’ festival
in Den Bosch  at Hotel Central. Many solo concerts are organized every year in Holland.

An evening spent watching Bram Wijnands on stage is a unique entertainment experience. His technical expertise, dexterity, swing timing and knowledge of the swing-genre of music is certainly unsurpassed in this day and age; however, it is the joyful exuberance he communicates to the audience that keep loyal fans coming back for more every night. His singing style is authentic to the period and he immediately establishes an intimacy with his audience that lures people into the music. This subsequently made him an ‘Award winning Artist’ with the National Endowment for the Arts in the United States.